In this modern day and age, we’ve suppressed our natural instincts through societal rules and political correctness. Infinite Shades of Happiness will help you remove these shackles, unleash your inner “cavewoman needs” and experience true love and connection, without losing face socially or being thrown under the bus. 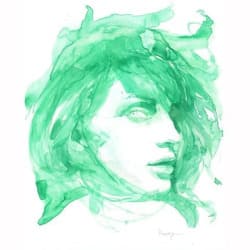 I am Luca K., a 26-year-old from a small town near Mainz in Germany. Today established in Kentucky in USA, who lives with her beloved Husky named Echo and fiancée, John.

I didn’t really know much about online dating—aside from ads on TV for things such as “Tinder” or “Match.com”. I never had success in online dating; I was introduced to my significant other through mutual friends and am now happily engaged. I don’t think it was a problem with the sites, but rather a problem with me being uninformed about the topic. Looking back on it, I missed some obvious “red-flags” on the accounts of potential interests.

Because of the previous dissatisfaction and unhappiness, I found with online dating, I found Andre asking me to write about his book a very pleasant surprise. Even more surprising to me was the fact that a man went out of his way to write a dating book geared towards women.

After having the pleasure of reading his book I now see the convenience of dating sites. Dating online is easier and can work around just about any schedule, rather than putting yourself out there for blind-dates that can potentially turn out to be nightmare matchups. I never thought someone could, or would, take the time to write a well-versed book on the topic, but Andre has without-a-doubt covered nearly every topic in the realm of online dating.

I am well aware of the fact that people hold feelings of distaste to online dating because they don’t see the appeal of them. I took some time to ask some friends and a few relatives how they feel about online dating. The majority of them told me in response that they didn’t know it was a serious thing, or that they believed it was solely used for quick hookups and nothing more. Due to this state of mind, people who have had genuinely wonderful experiences in online dating are reluctant to share their stories, perhaps because they do not wish to be judged by the ignorance of someone else. Regardless of whether or not that assumption is correct, it’s safe to say that Andre’s book cleared the air of doubt for me about the authenticity of finding true love through online dating.

If you haven’t had any luck with traditional dating, then Andres book on online dating is most definitely worth a try. What are you still waiting around for? Go get out there!